I figured the best way to introduce “Back Again” reviews is with none other than DOOM 1993. These reviews look at games that are getting rereleased with all of their original content on new consoles and looking at how they’re doing in the modern world. Doom, Doom II: Hell on Earth, and Doom 3 recently got rereleased on the Nintendo Switch, and I have to say I’d been looking forward to this for a while. (Not for Doom 3, but that’s for another post)

Honestly so much of the game can be summed up in that image. This is a guy that smiles as he kills his enemies even as blood pours down his face and his mouth is full of blood. I mean, he does live in a world where all he has to do is pick up a box and all of those wounds heal, but he ALSO lives in a world where he has to single-handedly kill all the demons because PLOT. I mean it gets more story later and they kill his bunny and shit, but really you are dropped into a room with your pistol and have to shoot your way out of Mars.

From this point you see:

Obviously we now know that Doomguy survived because he’s either a lefty or just so badass that his primary way to shoot his gun is weak hand unsupported, so he’s got one thing going for him or another. From here things only get more crazy. You get to shoot zombies, imps, demons, and MORE!

But what you want to know is whether or not it’s good. Of course it’s fucking good! It’s Doom! This game is what all shooters in the 90s wanted to be and for good reason. Now let’s talk some mechanics.

In Doom, almost none of the enemies utilize hitscan weapons, meaning that if you keep moving and dodging you can avoid getting hit in rooms FULL of enemies, and that’s pretty much the theme of the game. If you stop moving, you die. This leads to some amazing fights, and makes it so that the better you get, the better you *feel* at the game. That’s the core here. This game made you feel like the complete badass that is Doomguy. It’s not him running around corners and mowing down the enemies without getting hit or missing a shot, that was *YOU*. It really let you live vicariously through the life of someone whom you really would rather not be, and made you like it.

Between the frenetic pace, the very hard to achieve par times on levels taunting you when you finally complete a level after 3 hrs to find the game telling you the “par” is 1min 23seconds, all the way to monster infighting, Doom was ahead of its time. Sure, you can’t aim up or down, but that’s fine, this was the MOST ADVANCED 3D GAME EVER when it came out with headlines like “Ultimate 3D Virtual Reality Game” on the box and “#1 Shareware MegaHit”

Full disclosure: as a child, I only ever played the first episode of Doom, since it was free and I was poor. It wasn’t until Doom Ultimate that I came back for the later episodes of this oh-so-wonderful bloodbath simulator. Of course that was fine because I did have all of Doom II: Hell on Earth, and that game was just so much MORE of the same in all the ways that it needed to be.

Doom is the best thing that ever happened to video games.

-Me, all the fucking time.

That quote above? It’s true. I say that all the fucking time. This game is designed and executed so well that even now playing it on my future mobile game system on the toilet it is still just really good and fun. I never find myself bored with the game and there’s always some new strategy or path to try and get a faster time. I played this on the Nintendo Switch until I hit par times on all levels Episodes 1-4 and it was all worth it. It was just a blur of bus rides, bathroom trips, late nights on the TV and overall a lot of shooting, a lot of the same enemy dying sound clips, and still every single time I beat a level with a better or good time it felt like an accomplishment.

In an age where games are compared to “Dark Souls” to determine their difficulty, Doom still stands strong because it is hard and it’s good. Every time you die it’s because you did something wrong, it’s never because of wonky game mechanics, controls, or physics. This game is the ultimate test of skill and it’s fun the whole way through. 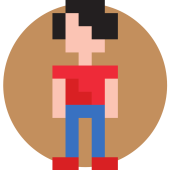 Once a humble Nuclear Reactor Operator, I decided instead to throw my life away learning to make video games. Now I'd rather just talk about them with great people like you.

So… Gaming with cats, and also Battletoads but not really that much about battletoads: I was just playing it when I decided to write this.